Issue Eight: Visualizing Gender and Sexuality in the Middle Ages

Unstable Ground. Fall 2022.
Towards A Visual History of the Working Class. Winter 2023.

A Variety of Topics

An open-access journal devoted to progressive scholarship on medieval art.

Different Visions aims for inclusive publishing and welcomes a variety of approaches and topics reflecting the diversity of medieval visual and material culture. It publishes work that engages with all forms of critical theory, including Premodern Critical Race Studies, Gender Studies, the global Middle Ages, and Medievalism. The journal also seeks integrated, socially-engaged, or pedagogical projects that examine the role of medieval visual culture in our contemporary world. In addition, the journal welcomes projects that work at the intersection of medieval art history and the digital humanities. Unlike a traditional print journal, the e-format of Different Visions accommodates dynamic and interactive new media. We invite submissions that include digital content, including but not limited to film and audio clips, three-dimensional models, and gigapixel and spherical panoramas. 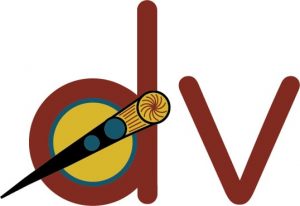